Some of our weekend readers may have spotted Nicolas Castell's first collaboration with The Sunday Times Magazine in yesterday's issue. Facing a difficult topic revolving around assisted death, he sensitively tackles the brief with care and colour.

Accompanying real-life stories, the editorial piece is an incredibly moving read. However, Nicolas celebrates the resolution of the article rather than focusing on the initial obvious pain. As the palette warms from frosty tones to sunny shades, the illustrated patient's wishes are granted with the support of her medical team.

Nicolas captures the patient's spiritual energy that is released as she passes on to a brighter place than the hospital ward. Perhaps controversially, she is glowing and happy. It is this visual artwork that helps the reader to understand that assisted death doesn't have to own negative connotations. Often, it enables a patient to take dignified control of their own destiny.

By depicting the scene as sombre then gradually joyful, Nicolas' illustration works in favour of Henry Marsh's opinion piece supporting the legalisation of euthanasia. In many ways, an illustration as powerful as this achieves as much of an impact as the article it accompanies.

To see more of Nicolas' beautifully emotive and narrative work, take a look at his online portfolio.

At Artistique International, we manage leading contemporary artists specialising in intelligent advertising and editorial illustration. Based in New York, London and Marbella, we are a truly international illustration agency that's able to offer a boutique service around the globe. 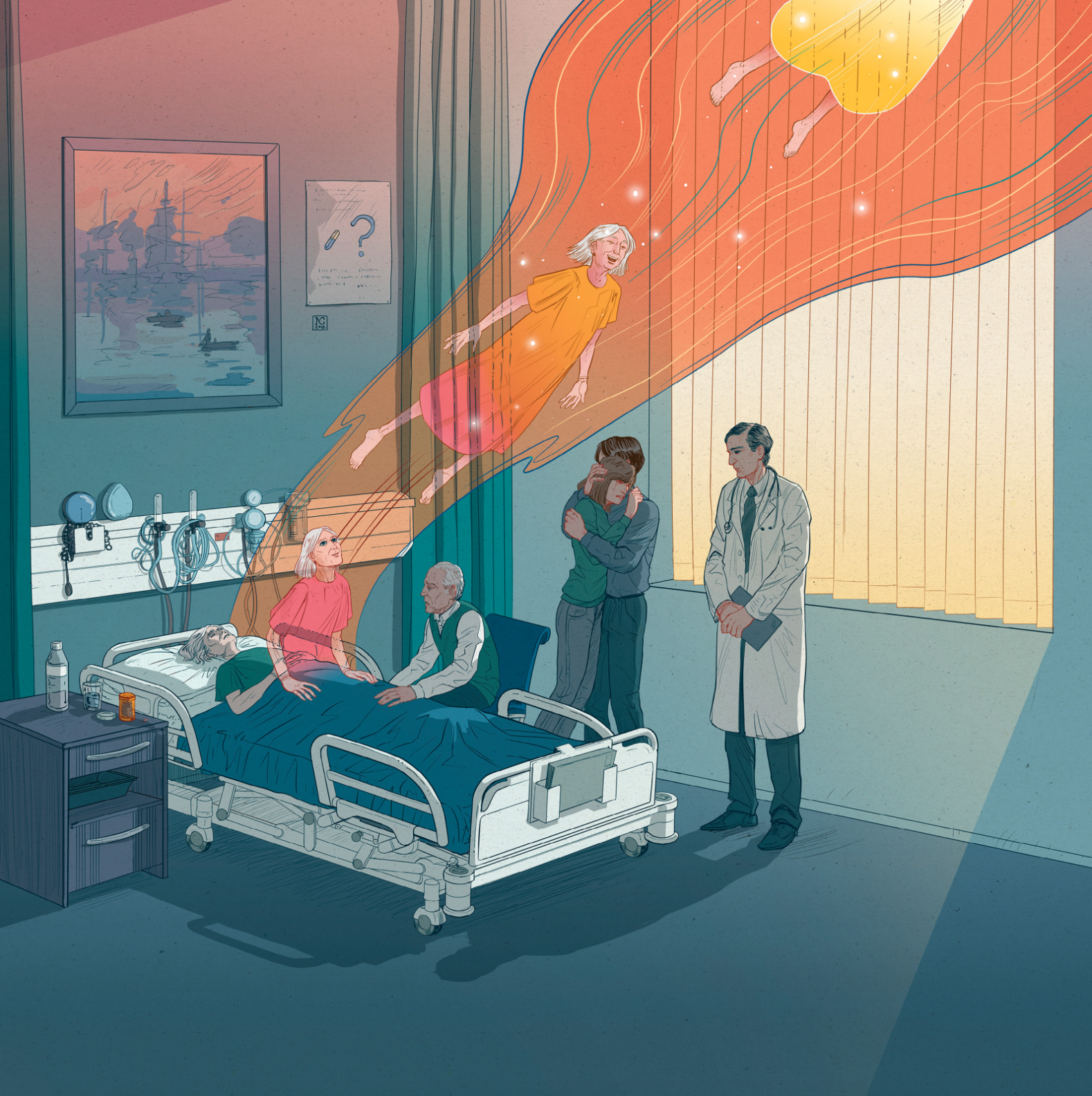