#IQArtist Michael Wylie was busy this past month creating murals around University of Sunderland at their London campus in Canary Warf.

The first "Seeing London" mural is inspired by London and features iconic landmarks sitting atop the famous quote from Samuel Johnson. The style and colours was inspired by the Underground and energy of the city.

The second "City by the Sea" mural has a special place in his heart as it’s inspired by his home town, Sunderland.The style of this design is inspired by stained glass and the links that Sunderland has to the glass industry. The words come from a song by a Sunderland band "The Lake Poets" called City By The Sea. This song perfectly captures the relationship that Sunderland and its natives have to both the sea and the coast. The design also features several local landmarks including Penshaw Monument, Wearmouth Bridge, Roker Pier and the new Northern Spire Bridge. 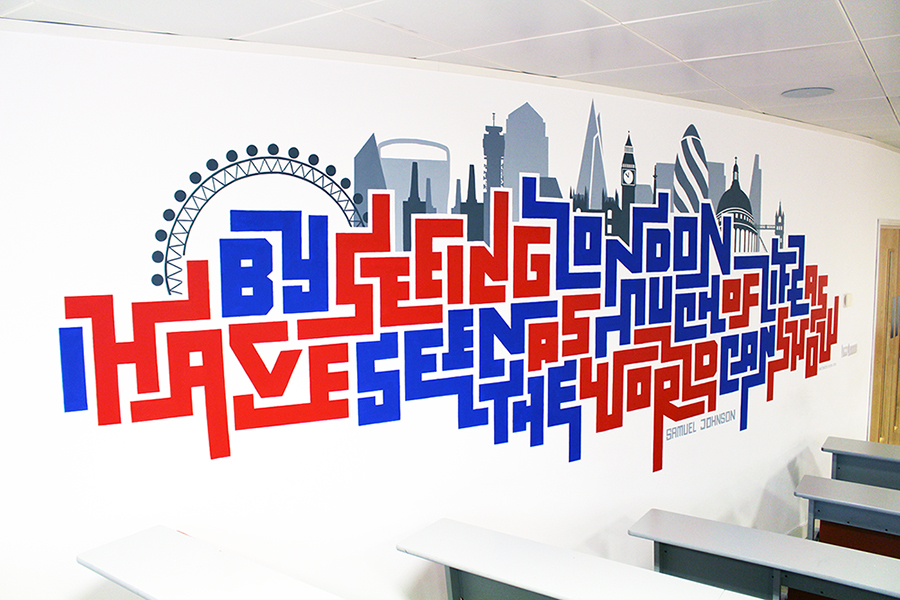 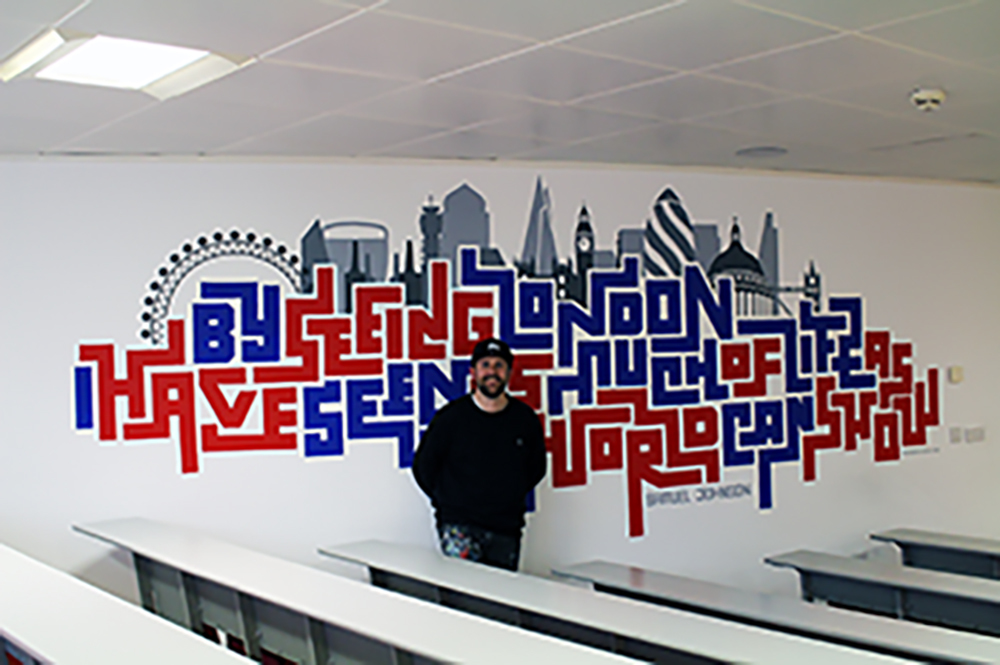 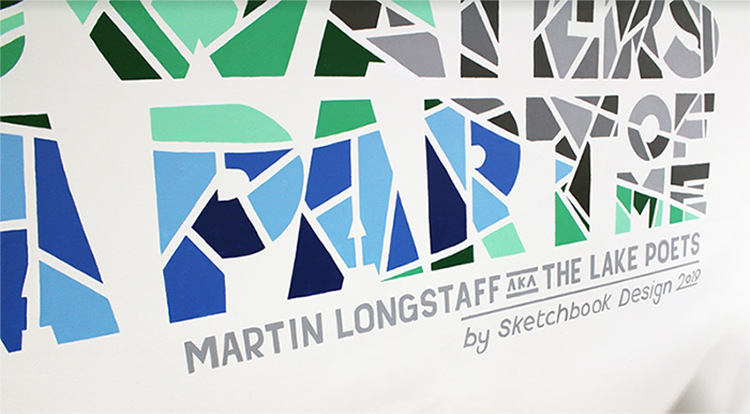